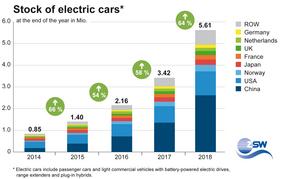 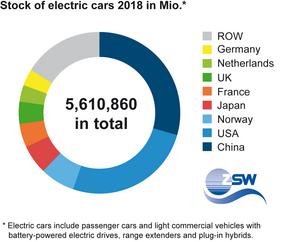 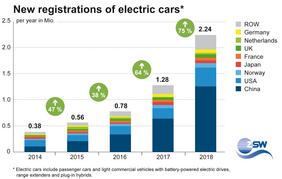 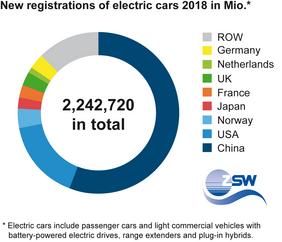 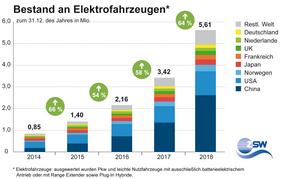 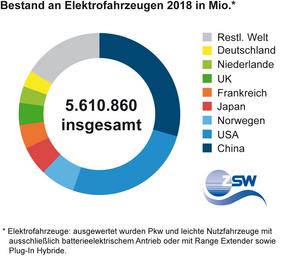 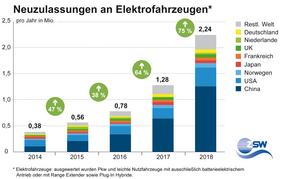 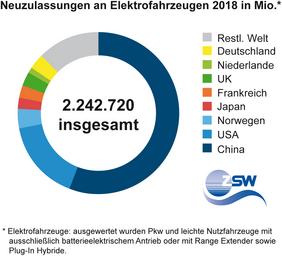 The number of electric cars worldwide had risen to 5.6 million in early 2019, up 64 percent from previous year. This is the second year running to see such accelerated growth. China and the USA, the biggest markets, are propelling this steep growth. China re-mains the undisputed global leader with a total of 2.6 million e-cars. It is followed by the USA with 1.1 million e-cars. Just short of 142,000 electric vehicles are now rolling on Germany’s roads. The new figures are sourced from a recent survey conducted by the Centre for Solar Energy and Hydrogen Research Baden-Württemberg (ZSW). According to its scientists, Tesla accounts for the largest number of newly registered vehicles, nearly 234,000, followed by the Chinese brands BYD and BAIC. The most successful German manufacturer was BMW, taking sixth place with close to 87,000 electric cars, followed by VW in ninth place.

These and many other facts and figures on electric vehicles are available at www.zsw-bw.de/en/media-center/data-service.html.