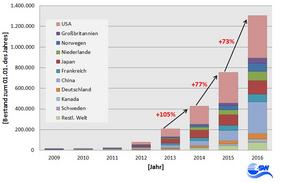 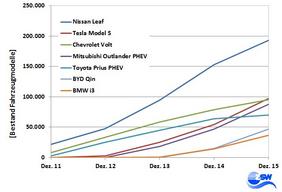 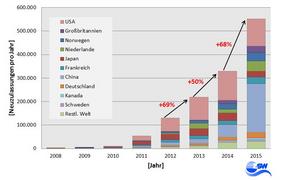 In its latest analysis, the Centre for Solar Energy and Hydrogen Research Baden-Württemberg (ZSW) found that electric mobility is making significant inroads. The researchers' fact-finding efforts revealed that the number of electric cars around the globe nearly doubled to currently around 1.3 million. While China saw the steepest rise with more than 200,000 new vehicles last year, the USA has the world's biggest fleet overall with more than 400,000 electric vehicles on the road. With 55.250 electric cars, Germany continues to lag far behind countries such as Japan, the Netherlands, Norway and France.